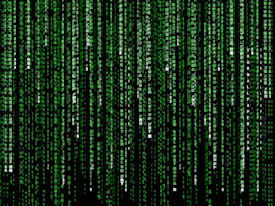 Last week, I received word from my agent Kimberley Cameron that her business partner and friend of many years, Dorris Halsey, had suddenly passed away. Dorris had been something of a legend in literary circles and in the Hollywood community for some time–an agent who had represented the likes of Aldous Huxley, Henry Miller and Upton Sinclair, and was famous in her own right for her style and panache.

Since my main contact has been with Kimberley, I didn’t know too much about Dorris until a couple of years ago when I did a little searching around the internet and found out a bit more about this amazing woman who led a truly amazing life. With her impressive lingusitic skills, she was forced into service by the Nazis during World War II, working as a translator during the occupation of France. Instead of just doing what she was told, Dorris turned right around and offered to double-up as an agent of the French resistance–passing along information and sabtotaging the German efforts wherever she could.

With that kind of courage, it’s no surprise that she went on to accomplish great things after coming to the United States after the war. The literary agency she founded in Los Angeles still bears her husband’s name, but it was as much her efforts as Reece Halsey’s that led to its continued success over the years. Dorris had, in fact, been running things on her own since Reece died back in 1980–which only testifies to her business acumen, as well as her unique charm with everyone she met.

It seemed like there wasn’t anybody in Hollywood she didn’t know–and it was with those connections and determination that she went to bat for me with the movie moguls. I’ll never forget how after she sold the film option on HAMMERJACK, I wrote Dorris a note thanking her for all her work in making the deal happen. She wrote back immediately, instead thanking me for giving her such a fine book to represent.

That’s the kind of woman Dorris was–and will continue to be, through those of us lucky enough to have had her in our lives, even in a small way.

“A winning blend of crime novel motifs and computer technology. . .must reading for fans of cyberpunk and detective fiction alike.”