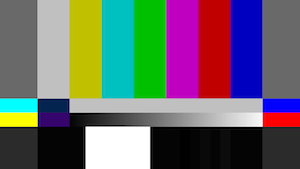 Although journalists would be loath to admit it, the “news” business is actually a lot like the fashion industry.  First off, reporters tend to glom on to whatever the meme of the day happens to be, the same way that fashionistas attach themselves to a hot trend.  In this, they reinforce their own sense of relevance while demonstrating to viewers how hip they are (though, in my humble view, in doing so they only end up looking like Dr. Evil trying to convince his son Scotty how cool he is by doing the Macarena).  More egregiously, however, Big Media also see themselves as the setters of the agenda–the same way that fashion designers decide that this color or that hemline is going to be what everyone will be wearing this year.  In other words, they basically get tell you what to think–a paradigm that doesn’t entirely work, which is how you end up with parachute pants and Donald Trump getting elected president of the United States.

But while fashion trends can change on a dime, the presidency is a different matter entirely.  And given the amount of resources that they poured into getting Hillary Clinton elected, the MSM now find themselves in quite a spot:  Do they perform an honest examination of the narrative journalism that they’ve been peddling and how it has led to a deterioration of their trust and influence–or do they simply invent another narrative that explains their failure, without having all the bother of the systemic changes in newsroom culture that would be needed to fix things?

Guess each one they chose.

So now we have #FakeNews, which is why Donald Trump–whom our betters would have us believe is singularly unfit for the office–got elected president.  You see, it couldn’t possibly be that Hillary Clinton was a shifty, unlikable character with a history of lying, selling influence and endangering national security to cover up her shenanigans at the State Department.  It has to be that the Russians spread #FakeNews to confuse the electorate.  It couldn’t be that Americans, weary of the sluggish economic recovery and the loss of American prestige under Barack Obama, just wanted a change from the politics-as-usual, pay-for-play, crony capitalist culture of Washington.  It has to be because people have become so polarized, they have crawled into their own little cocoons of #FakeNews and refuse to let any #RealNews inside.

And, God forbid, it couldn’t be that voters were so repulsed by the obvious, rank bias the media showed against Donald Trump (and other Republican candidates in years past) that they simply don’t believe a thing the MSM says anymore.  No, that would mean that the MSM just don’t have the moxie that they used to.  Better to believe that #FakeNews is the culprit, and that they still control the narrative.

What’s ironic in all of this is that the MSM are at least partially right, but not in the way that they think.  #FakeNews is indeed a problem–but it’s not because of Russian hackers, alt-right websites and the Drudge Report.  It’s the MSM themselves, which have been selling #FakeNews for years, all while maintaining a pretense of objectivity. From the days of Vietnam, when Walter Cronkite convinced the American public that America had already lost the war, to the fake-but-accurate antics of Dan Rather during the 2004 election, the MSM have steadily undermined their own credibility to the point where nobody knows what’s real anymore.  Is it any wonder that people have retreated to the echo chambers of websites that reinforce their own views?

I’ve long said that the news media willingly gave up their First Amendment rights long ago when they decided to carry water for one political party over another.  And now that their shtick has finally caught up with them, they’ve decided to double-down on their bogus narrative instead of taking the real steps needed to build a truly objective news media, and then begin the even tougher job of rebuilding trust with America.

The question remains, though:  Who’s left to believe them?

“Giller’s takes on classic cyberpunk concepts have a delicious edge of authenticity.”

--Yet Another Book Review