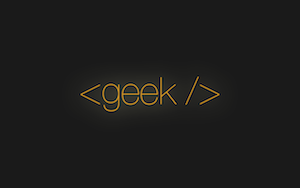 One of the things that fascinates me as a writer is the difference between perception and reality–or, as things seem to be going these days, the increasingly fuzzy line between the two.  Take, for instance, the recent furor over a Forrester Research report that extrapolated some profit projections for Apple’s iTunes download service.  Well, apparently some media outlets decided to cherry pick a few of the findings and then rushed out breathless headlines that stated, “iTunes sales plummet by 65%!”  I nearly had a heart attack when I read it, and wondered what the hell could be going on.

Only one problem:  it isn’t true.

Far from it, in fact, if this story is any indication.  Even Forrester complained that their material had been taken out of context–and by a number of “respectable” media outlets.  Chalk it up to a desire for sensational headlines, selling more newspapers and all that jazz–but it seems to me that the news media are doing something more than publishing bad information.  They’re manufacturing a reality, and in the real world that reality can have consequences.

In Apple’s case, the company suffered a 3% drop in its stock price.  No big, as they’ll bounce back in no time.  But what about bigger events in the world?  If our perceptions are shaped by what we see in the media–and that perception turns out to be phony–how does that affect matters of real consequence?

Think about it:  the world you live in might not be the world as it really exists.  And you didn’t even need virtual reality to get there.  That’s the reason it’s so hard to write sci-fi these days–it’s almost too damned hard to keep up.

“HAMMERJACK [is] an intriguing and well-told story and a vision of future tech that doesn’t seem all that farfetched.”